The concert is dedicated to the music of two great composers, Wolfgang Amadeus Mozart and Gustav Mahler.

ERSO’s principal violin Arvo Leibur is a long-standing and well-known Estonian soloist and chamber musician. In October 2005 he won the Music Prize of the Estonian Music Council for input to shaping the sonority of the Estonian National Symphony Orchestra and outstanding activities as soloist. His last solo performance with ERSO was a Violin Concerto by Rautavaara. “Leibur as a soloist does not dominate, but somehow listens to an imaginable whole. Leibur is convincive with his clarity: his music is not fuzzy, his phrases are finished and clear.” (Evi Arujärv. Sirp – Estonian weekly culture newspaper)

Daniel Raiskin has performed with ERSO before, as a viola player and a conductor. “It is rare to hear solo violas but Raiskin is often compared with Yuri Bashmet, and as we heard in Estonia concert hall, he is worth the comparison.” (Toomas Velmet. Teater. Muusika. Kino – Estonian monthly culture magazine). At this concert Daniel Raiskin performed “Monologue” for Viola and Chamber Orchestra by Alfred Schnittke. 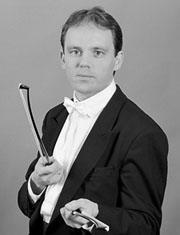 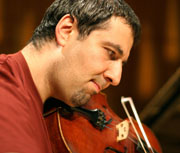