On Dec 18, 1926, the first Tallinn Radio broadcasted the first concert of a trio, the predecessor of the Estonian National Symphony Orchestra, led by Hugo Schütz – this date can be considered to be the birthday of ERSO. Since 1975 the orchestra has been the Estonian National Symphony Orchestra. The principal conductors of ERSO have been Olav Roots, Roman Matsov, Neeme Järvi, Peeter Lilje, Leo Krämer and Arvo Volmer. Since the autumn of 2001 the principal conductor and artistic director of the orchestra has been Nikolai Alexeev from St. Petersburg.
The anniversary concert will be conducted by Paavo Järvi, the artistic adviser of the orchestra since the season 2002/03, who has brought honour and glory to the orchestra with his famous recordings. The soloist of the Brahms Violin Concerto is a young violonist Alina Pogostkina born in St. Petersburg but educated in Germany who was the first violinist from Germany who won the International Sibelius Competition in Helsinki when she was 22 years old. She is “a natural talent that is rare indeed.” (Neue Musik Zeitung)

NB! The soloist has changed – Akiko Suwanai (Japan) will perform instead of Alina Pogostkina. 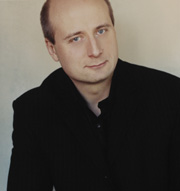