The world premiere of the Piano Concerto written by Erkki-Sven Tüür, one of the most well-known Estonian composers in the world, took place on Nov 22, 2006 in Frankfurt. It was performed by hr-Sinfonieorchester (Frankfurt Radio Symphony Orchestra until 2005) who also commissioned it. The premiere was conducted by Paavo Järvi who is the principal conductor of the orchestra since the season 2006/2007. At the Estonian premiere of the composition the piano is played by Austrian pianist Thomas Larcher. Thomas Larcher is a very versatile musician – in addition to being a pianist he is also a composer, teacher and organiser of music festivals. He was the residing composer at the Mondsee festival in Austria in 2006.
At the second half of the concert we hear Eino Tamberg’s Symphonic Dances written in 1957, the premiere of which took place with ERSO in Riga in December, the same year it was written. 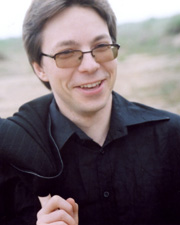