A 20-year-old violinist Laura Zarina was born in Jurmala, she acquired higher music education in Rostock, Germany. Since April 2007, she has been advancing her studies at Hanns Eisler Music Academy in Berlin. She started participating in music competitions at the age of seven already, and has been the prize-winner of several of them. The Estonian audience saw her performance at the international competition of young musicians in Tallinn, 1998, when she was awarded the third prize. Despite her youth, she has been performing both as a soloist and a chamber musician at concerts in Europe as well as in the US. At this concert she performs the most favourite and frequently recorded violin piece written by Ludwig van Beethoven, composed in 1806, the Violin Concerto in D major. The second piece of the concert program chosen by Eri Klas is an arrangement of Wagner’s Tristan and Isolde by Henk de Vlieger. 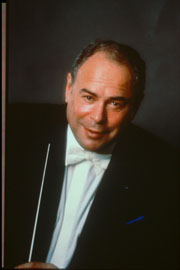