Nikolai Alexeev, principal conductor of ERSO chose for this concert a selection of good music composed for choir and orchestra. Result is a wonderful combination of pearls from the Russian music literature: Igor Stravinsky’s Symphony of Psalms from 1930 which was conducted by Alexeev also in 2002, and the Requiem Canticles, first time in ERSO’s repertoire and created by Stravinsky more than 30 years later than the symphony, plus Prokofiev’s 7th and last symphony from 1952, composed a year before the composer’s death and dedicated to the Soviet Communist Youth Society. 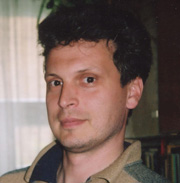