Renowned Estonian soloists – ERSO’s principal trumpet Indrek Vau and principal bassoon Peeter Sarapuu will play a concerto for trumpet and bassoon – an ensemble to which not much music has been written – by a German composer Paul Hindemith. Another piece of music by Hindemith will be performed under the conducting of the principal conductor Nikolai Alexeev, such as symphony Mathis der Maler (1934), based on the music from the opera about the life of the German Renaissance painter Matthias Grünewald. Rodion Shchedrin’s Carmen Suite (1968) based on the George Bizet’s opera Carmen and dedicated to composer’s wife Maya Plisetskaya will also be performed. 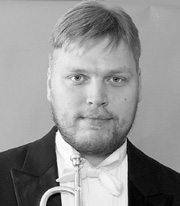