Erkki-Sven Tüür has written his Viola Concerto for Lars Anders Tomter, one of the world’s leading viola virtuosos whom The Strad magazine called ’the Giant of the Nordic Viola’. Lars Anders Tomter has studied the violin as well as the viola and continued his education under Sándor Végh and Max Rostal. The list of conductors and orchestras he has performed with is impressive. In addition, he works as a professor at the Norwegian Academy of Music.
The highly successful world premier of Erkki-Sven Tüür’s Viola Concerto took place on October 23, 2008 in Sønderborg, Denmark, where it was performed by Lars Anders Tomter and one of the commissioners of the concerto – South Jutland Symphony Orchestra conducted by its chief conductor Vladimir Ziva. The co-commissioners of the concerto are NDR Sinfonieorchester, Orchestre National de Lille and ERSO. 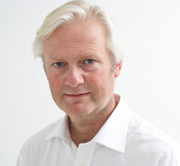 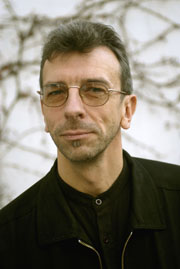