OPENING CONCERT OF THE SEASON

At the opening concert of the season, Nikolai Alexeev, starting his last season as the principal conductor of ERSO, will perform Dmitri Shostakovich’s Symphony No 13, which is also known by the name of Babiy Yar – after Yevgeni Yevtushenko’s internationally sensational anti-antisemitist poem that serves as the basis for the first part of the symphony. “All my symphonies are tombstones. This stone has been erected in memory of Nazi genocide victims,” the composer said about his symphony written in 1962 for the bass, male choir and orchestra.
The soloist in Schumann’s Piano Concerto will be Peeter Laul, a pianist with Estonian roots from Nikolai Alexeev’s hometown, St. Petersburg. Peeter Laul wanted to become a pianist as early as at the age of two and his promising career has taken him from the status of a child prodigy to victories at international competitions, appearances in a number of places in Europe and a lecturer’s post at St. Petersburg Conservatoire. 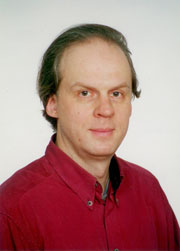