A SELECTION OF FRENCH MUSIC

The distinctive features of Olari Elts’ conducting style are his sharply focused energy and authoritative control. The exciting and stylish concert programmes compiled by him have become his quality brand.

This concert is devoted to French music – the works of the most prominent representative of French Romanticism Hector Berlioz and the Impressionist Maurice Ravel. For the third season, Olari Elts has been the principal guest conductor of ERSO and the Scottish Chamber Orchestra, and for the fourth season the artistic adviser to Orchestre de Bretagne.

The soloist in Ravel’s song cycle Shéhérazade is Janja Vuletic – charismatic, highly individual and overflowing with vitality. Her voice is a reflection of her nature: radiant, strong and generous. 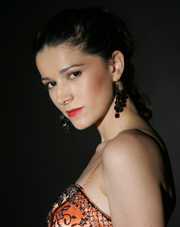